Jenny Oesterle organizes together with Prof. Dr. Susanne Lachenicht a section on the 52. deutschen Historikertag in Münster on the subject of  "Flight and Asylum from Antiquity to the Early Modern Period - transcultural perspectives" [more]

as part of the Lecture Series
Introduction to Australian Studies:
(Trans-)Disciplinary Perspectives

Dancehall music is one of the most popular representations of Jamaican (popular) culture in the world. The genre’s origins lie in the poor communities of Jamaica’s capital Kingston. That is why lyrics often discuss issues like ghetto life, violence, materialism, drugs, explicit sexuality and a strong rejection of homosexuality. The international success of Jamaican popular music provided the Jamaican homosexual community with the possibility to draw attention not only to the aggressive homophobic lyrics of some dancehall artists, but also to the marginal and dangerous situation homosexuals face on the island. In Jamaica male homosexuality is still prohibited by former colonial laws and homosexuals are forced to stay in the closet to avoid public discrimination and aggression.

Together with European and North American homosexual organizations, the Jamaican homosexuals started a campaign against homophobic dancehall music, which resulted in boycotts, concert cancellations and even visa rejections for Jamaican entertainers in several countries. The protest brought the issues of homosexuality, gay-rights and homophobia back to Jamaica and resulted in a huge media controversy.

My thesis is a historic discourse analysis about the public debate on homophobic dancehall lyrics in the Jamaican press in the year 2004. It is based on source material from three daily Jamaican newspapers: The Jamaica Gleaner, The Jamaica Observer and The Star.

I will demonstrate how dancehall music and the debate on homosexuality and homophobia are used as projection surface to discuss general concepts of culture, nation, race and gender within Jamaica and the Jamaican diaspora in North America. I further put a query if supposed humanitarian argumentations used by human rights and gay-rights organizations in the ›West‹ are connected to continuing colonial racism. 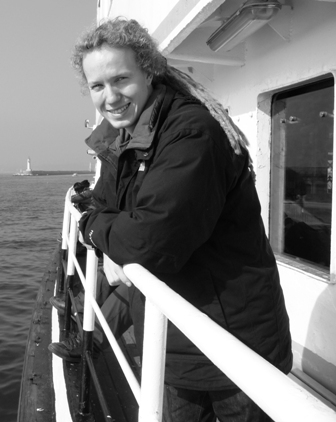 November 2014
Completion of dissertation project: Between “Murder Music” and “Gay propaganda” - The media debate about homophobic dancehall lyrics in the Jamaican press

November 2010 - November 2013
Research associate in the transcultural studies junior research group "From the Caribbean to North America and Back. Processes of Transculturation in Literature, Popular Culture and the New Media.”

May 2009 to December 2009
Tutor at Tübingen University, division for international affairs, section German as a foreign language and intercultural programs.

2006 to June 2007
Exchange student with the European Erasmus-program at Trinity College, Dublin.

October 2003
Postgraduate studies at Eberhard-Karls-Universität Tübingen in the subjects:

Homophobia in Jamaican popular music, xenophobia among groups, how do Germans come to terms with the past in the Federal Republic of Germany? Right-wing extremism in reunited Germany.

Organization of the public workshop “ ‘No where no betta dan yard?’ Negotiating Jamaican Identities and Sexualities between Jamaica and the Diaspora”

Organisation of international Conference “Caribbean Food Cultures: Representations and Performances of Eating, Drinking and Consumption in the Caribbean and Its Diasporas”, Internationales Wissenschaftsforum Heidelberg