Friars Minor between the Andes and the Rainforest: The Franciscan Missionaries in Colonial Peru


During the colonial period the Order of the Friars Minor sent more missionaries to the New World than any other religious order. In contrast to the Viceroyalty of New Spain, however, the history of the Franciscans in Peru has only been insufficiently investigated. There are quite a few good publications about the historical facts, but little is known to this day about the processes of change created through this specific situation of cultural contact.

Therefore, the project aims at analyzing the missionary activity of the Franciscans with regards to several ethnic groups, which were partly culturally heterogeneous and were located in different regions of the Viceroyalty of Peru. The project discusses which strategies were adopted by the Franciscans when converting indigenous peoples. It will be asked if there happened to be a critical reflection in their missionary activities and in the use of their conversion methods. 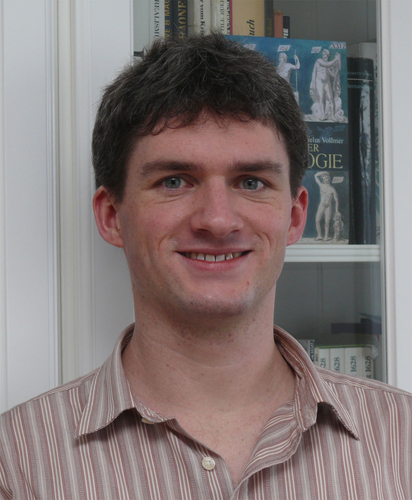 Markus Scholz studied Cultural Anthropology and Romance Studies at the Johann Wolfgang Goethe University in Frankfurt am Main, specialising in indigenous cultures of South America in the former and in Latin America in the latter. In 2005 he studied at the Universidad de Chile in Santiago for two semesters, where he concentrated on the Chilean Mapuche Indians and expanded his knowledge of Spanish linguistics. He returned to Chile for five months at the end of 2006 for an internship at the Academia Chilena de la Lengua, which consisted principally in lexicographic work within the composition of the “Diccionario del Uso del Español de Chile“ (DUECh). In 2007 he spent further five months in the country in order to carry out research for his final thesis (for the M.A degree), in which he undertook a discourse analytical study of the Mapuche’s self-image and their image of Chilean society. Since November 2008 he is a Research Associate (Wissenschaftlicher Mitarbeiter) in the Research Group “The Dialogue of Cultures in the Andes”.