At the beginning of this year, former visiting scholars were able for the third time to apply for a HAIreconnect fellowship enabling them to return to Heidelberg for a brief research stay. Twelve researchers from Brazil, Chile, Greece, Pakistan, Russia, Spain, Turkey, Hungary and the USA were selected, and the first few members of the group came to Heidelberg in the early months of 2017. 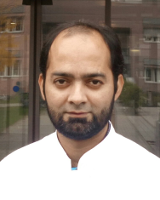 One of them was molecular biologist Dr Asim Pervaiz of the University of Health Sciences Lahore in Lahore, Pakistan, who returned to Heidelberg in May. Dr Pervaiz was a doctoral student at the German Cancer Research Center (DKFZ) between 2012 and 2015. Following the signing in 2016 of a Memorandum of Understanding between the Allied Health Services Department of his home university and the Toxicology and Chemotherapy research group of his mentor Prof. Dr Martin Berger of the DKFZ, which has so far led to four joint research projects, Dr Pervaiz was now able to conduct a number of experiments for these projects at the Cancer Research Center. He also used his visit to write a research paper and attend a cancer research conference at the DKFZ.

As Research Ambassador of Heidelberg University, he wants to help strengthen the collaboration between his home university and Heidelberg research institutions: ‘As Research Ambassador, I feel obliged to actively represent Heidelberg University to the best of my ability. To strengthen our ties, I want to build bridges between the academic level and potential research partners.’ To this end, Pervaiz intends to promote joint research projects, teaching events and practical training in the field of cancer biology. In addition, he wants to encourage greater exchange between individual institutes, where scientists of the partner institutions would be invited to joint research activities. He himself would like to act as host for students from Heidelberg wishing to study or do research in Pakistan. 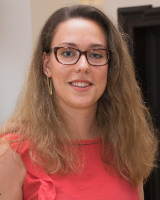 Romance philologist Marina Serrano Marín of the Universidad de Alcalá in Madrid returned to Heidelberg in late June/early July on a HAIreconnect fellowship. From October 2015 to January 2016, the doctoral student was a fellow of the Centre for Ibero-American Studies (IAZ) at Heidelberg University’s Department of Romance studies, where she conducted research under Prof. Dr Sybille Große. Marín used her HAIreconnect stay to exchange ideas with other scholars, but her primary purpose was doing research for her doctoral thesis in the databases of the Department of Romance Studies. Her subject is historical verbal morphology from the 13th to the 16th century, based on a comparison of Spanish, French and Italian texts. ‘I work with non-fictional texts, and this is an area where the Heidelberg library has more to offer than the library in Madrid.’ During her stay, Marín took part in the colloquium for doctoral researchers and taught a historical linguistics class for a day. As future HAI ambassador, Marina Serrano Marín wants to promote further cooperation between her Spanish university and Heidelberg, most notably to enable students of both institutions visit the other university. 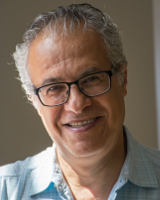 Even outside the HAIreconnect programme, former Heidelberg scholars find their way back to the University to teach and do research. Prof. Dr Mohamed Esa, alumnus of the Institute for German as a Foreign Language Philology (IDF) visited his former institute for a sabbatical term in the summer of 2017. Esa, who teaches German at McDaniel College in Westminster, USA, studied, earned his PhD and taught for many years at the IDF. During his DAAD-funded visit to Heidelberg, he conducted research for a book on Arabic-German novels. In addition, he held a seminar for students on the subject of ‘Schreiben in der Fremde. Der arabisch-deutsche Roman von Rafik Shami bis Abbas Khider’ (Writing far from home. The Arabic-German novel from Rafik Shami to Abbas Khider). ‘This is a subject I’ve been interested in for a long time and on which I’ve already given a number of lectures. My sabbatical at Heidelberg University with the seminar gave me the chance to involve the students in my work.’ Mohamed Esa would like to collaborate more closely with Heidelberg and return with greater frequency for research stays and teaching at the IDF.