The Lautenschläger Research Prize of Heidelberg University will be awarded on Friday, December 7, 2018, in the Great Hall of the Old University. The ceremony will begin at 5pm. Members of the media are cordially invited. Please register by phone (06221) 54-2311 or e-mail at presse@rektorat.uni-heidelberg.de. 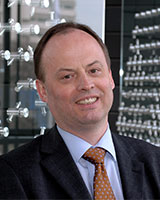 Experimental physicist Prof. Dr Karlheinz Meier, founder of neuromorphic computing at Heidelberg University, is being honoured posthumously with the 2018 Lautenschläger Research Prize. The 250,000-euro prize will go to his research group at the Kirchhoff Institute for Physics. For the first time this year, award sponsor and Honorary Senator at Ruperto Carola Dr h.c. Manfred Lautenschläger is also awarding a prize to a junior researcher. The prize endowed with 25,000 euros will go to the material chemist Dr Claudia Backes, who is working on the production and further development of new ultrathin substances at the Institute for Physical Chemistry. The award ceremony for the most highly endowed research prize from a private sponsor in Germany will be held on 7 December 2018.

Manfred Lautenschläger praised this year's award winner as an “internationally exceptional researcher”; Karlheinz Meier passed away just days after the award was announced. “His enthusiasm for experimental physics, his curiosity for the fundamental questions of physics, and his courage to forge new technological pathways were the driving forces behind his extraordinary life in science,” states the award sponsor. “In his approach to the questions that fascinated him, the theoretical physicist always pushed the boundaries of what was known and considered technically feasible. He never balked from ruffling feathers with his ideas.” The recipient of the inaugural Lautenschläger Junior Researcher Prize is being awarded to an “excellent young scientist, whose work is distinguished by particularly innovative approaches,” comments Manfred Lautenschläger.

Karlheinz Meier was appointed a professor of experimental physics at Heidelberg University in 1992; he founded the Kirchhoff Institute for Physics in 1999. He had previously worked in the field of elementary particle physics at the German Electron Synchrotron (DESY) in Hamburg and the European research centre CERN in Geneva. In Heidelberg nearly 15 years ago, the physicist turned to a new field of endeavour – the principles of information processing in the brain and the question of how they could be applied to new types of computer architectures. To that end he developed a fundamentally new computer system, BrainScaleS. The neuromorphic BrainScaleS chip represents a physical model of its biological example, the brain, and realises its cells, connections, and communication through analogue and digital circuits using modern micro-electronics. The system was built and put into operation as part of the Human Brain Project. Prof. Meier co-founded this flagship project of the European Union. 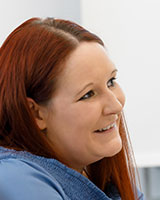 Claudia Backes has been with Heidelberg University since 2015. At the Institute for Physical Chemistry, she leads a junior research group funded by the German Research Foundation as part of the Emmy Noether Programme. Her chosen line of research in the field of nanomaterials is extremely current. Using special processes, Dr Backes exfoliates layered crystals of various chemical compositions to individual sheets, thus generating new ultra-thin nanomaterials. She studies the newly obtained two-dimensional materials using spectroscopy and microscopy to optimise their specific properties for potential suitability in electronic, optical and electrochemical applications. Dr Backes received the Klaus-Georg and Sigrid Hengstberger Prize for Outstanding Young Researchers at Heidelberg University in 2017.

The Lautenschläger Research Prize is awarded every two years for special accomplishments in leading-edge research. The distinction is intended to honour scientists from Heidelberg University as well as other national and international researchers with special ties to Ruperto Carola through scientific cooperation. Entrepreneur Manfred Lautenschläger established the award in 2001 to foster active researchers in the discovery process. The very first junior researcher prize is being awarded in 2018 to support excellent young researchers in their personal scientific development and their research activities. An interdisciplinary board of internationally networked scientists selects the potential prize recipients, who can be nominated for the Lautenschläger Research Prize from any discipline.

Heidelberg University President Prof. Dr Bernhard Eitel will open the Lautenschläger award ceremony. Indologist Prof. Dr Axel Michaels, recipient of the 2015 Lautenschläger Research Prize, will deliver the keynote. The address honouring the research work and impact of Karlheinz Meier will be given by the award's first recipient, physicist Prof. Dr Johanna Stachel. The Executive Director of the Centre for Advanced Materials, Prof. Dr. Jana Zaumseil, will present the award-winning work of Claudia Backes. Award sponsor Manfred Lautenschläger will hand over the prize to Dr Backes and address the audience.