Aegean Seals/Sealings
Seal of the month

Read more...​
New finds/Seals not in the CMS

The Seals from the Minoan Site of Chryssi Island...

During the 2015 excavation campaign of the Univerity of Cincinnati at Pylos, lead by Jack Davis and Sharon Stocker, an unplundered tomb of a very rich and probably very powerful Mycenaean man was found. The tomb was named by its excavators Griffin Warrior Tomb and contained more than 2000 objects. Among the artifacts recovered from the tomb were more than 50 sealstones and four impressive golden signet rings!

For more on this subject see:

For impressive photographs of some of the seals, see also:

The 2013 excavation campaign of Minoan Koumasa in the fertile plain of the Mesara has brought to light unexpected and impressive finds. The excavation, which started in 2012 and is directed by Diamantis Panagiotopoulos (University of Heidelberg), takes place in the area of the Minoan settlement, the so-called sanctuary, and the tholoi. Minoan Koumasa had first been investigated by Stefanos Xanthoudides at the start of the 20th century. Xanthoudides had concentrated mainly in the excavation of the tholoi and for this reason, these were not expected to produce any more finds. In the excavation campaign of 2013, however, the tombs produced an impressive amount of finds, among which were also 17 seals of the pre- and protopalatial period! 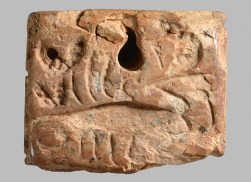 Xanthudides, S., 1924. The Vaulted Tombs of Mesara, An Account of Some Early Cemeteries of Southern Crete. London

In the excavations carried out in Petras, Crete from 2005 to 2011 twenty seals came to light. The seals, discovered in the cemetery and dated from the prepalatial to the protopalatial period, are a welcomed addition to the corpus of Minoan seals for two reasons. First, the prepalatial seals belong to groups of seals that have scarcely been found in contexts to the east of Mochlos. And secondly, the majority of the protopalatial seals are hard stone prisms of the Hieroglyphic Deposit Group, a group whose representatives  have not  been known up to now from protopalatial excavated contexts! The protopalatial seals have been recovered from house tombs, which the excavator Metaxia Tsipopoulou has suggested must have been associated with elite members of the Petras society.

Interestingly, no seals were recovered from the area of the settlement during the campaigns 2005-2011. However, an archive containing documents of the hieroglyphic script and among them, sealings with seal impressions has been discovered from the Petras palace. Unfortunately, the seal impressions are only fragmentarily preserved and their motifs are often difficult to discern. Despite that, Metaxia Tsipopoulou and Erik Hallager who have published the finds from the archive have suggested that four of the impressions were impressed by seals bearing hieroglyphic inscriptions and thus most probably belonging to the Hieroglyphic Deposit Group!

Krzyszkowska, O., 2012. ‘Seals from the Petras cemetery: a preliminary overview’ in M. Tsipopoulou,  Petras, Siteia 25 Years of Excavations and Studies. Monographs of the Danish Institute at Athens 16. Athens, 145-160.

Tsipopoulou, M., and Hallager, E., 2010. The Hieroglyphic Archive at Petras, Siteia. Monographs of the Danish Institute at Athens 9. Athens.

In the last years of the excavation campaign in Sissi, Crete, seven seals came to light! The earliest is a soft-stone Petshaft from the cemetery dating to MM II and the latest are lentoids dating to LM I. Of particular interest is the fact that most LM I pieces were recovered in LM III contexts. This suggests that they were heirlooms or chance finds in LM III. One wonders why LM III seals have not yet been found in the site! 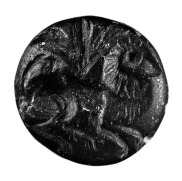 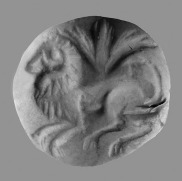