“Heidelberg University is an outstanding place for all researchers” 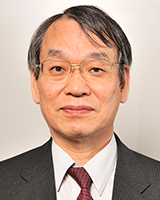 From 1980 to 1982 Obstetrics and Gynecology Department studies class at Heidelberg University as Alexander von Humboldt-Stiftung scholar.

Why did you decide in favour of the Ruperto Carola?

Since an elementary school student, I was interested in German history and culture, so I wanted to study in Germany sometime. In addition, in the days of junior high school, I read the novel of the Geschichte von Alt-Heidelberg by Wilhelm Meyer-Förster, so I wanted to study in Germany especially at Heidelberg University. After that, I graduated from the Faculty of Medicine at the University of Tokyo and entered the Obstetrics and Gynecology Department. I worked on the development of the cardiotocograph (fetal heart monitor) using ultrasound, so my thesis for a degree was about ultrasound safety for fetus. At that day Hewlett-Packard Corporation and Heidelberg University obstetrics and gynecology department have jointly developed the cardiotocograph, so I feel honored that I was able to study abroad for Professor Fred Kubli as a foreign scholarship student of the Alexander von Humboldt-Stiftung.

What have you learned in Heidelberg?

How did your career continue after your time in Heidelberg?

Because I learned the development of software and electronic circuit at Heidelberg University, my experience was very helpful and useful to develop a perinatal electronic medical record as well as a super mini mobile fetal monitor. So I could advance from obstetrics and gynecology department to medical information department using Information and Communication Technology in the overall medical field. After I returned to Japan my Heidelberg experience also helped me to establish “Kagawa Medical Internet eXchange (K-MIX), a regional medical network in Japan.. Now I am in charge of the special appointment professor of the Seto Inland Sea Regional Research Center, Kagawa University.

What is your view of the German scientific system in comparison to that of your home country or to that of other countries where you may have conducted research?

In the research environment of the German university the expert can collaborate with the person from the medical department including a mathematician or the expert of the electronic circuit. In comparison with a person from medical department studying it alone, collaboration with other expert can conduct the research very effectively and higher-level. In addition, it’s a good environment for Joint R&D by universities and companies. Unlike the U.K, the United States and France, Germany and Japan have a common point historically and also Japanese national traits resemble Germany, so for Japanese researchers, the German university is a good environment and easy place to study.

In your opinion, what is the importance of international exchanges for researchers?

According to the countries, they have their own characteristic towards studies, how to work on the research and way of thinking. That’s why I think it’s very important to exchange researchers from all over the world, gathered in Germany.

Do you recommend a research visit to Heidelberg University to your students or to colleagues in your scientific network?