“I don't know how Science could proceed without international exchange” 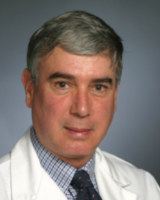 Research stay at Ruperto Carola as Humboldt Award Winner in 2007, several short stays between 2010 and 2016

Why did you decide in favor of the Ruperto Carola?

Starting in 1996 I visited Heidelberg every now and then. Then in 2007 I was awarded the Humboldt Prize and began collaborating with Andreas Draguhn, Hannah Monyer and Gabriel Wittum. All of these three colleagues, who had nominated me for the Humboldt Prize, were based in Heidelberg. So from 2007 on I began to spend many weeks per year in Heidelberg for my research. From 2010 to 2016 I had various visiting fellowships Charité in Berlin and always made side trips to Heidelberg.

What have you learned so far in Heidelberg? What experiences have been particularly valuable?

From Hannah, I learned some molecular neurobiology, which has been put to good use. With Andreas I have been working on gap junctions – accumulation of cell-cell canals closely connecting the plasma membrane of neighboring cells – , and we had (among others) a nice joint publication in PNAS. I also love walking in the Odenwald, climbing up to Koenigsstuhl, and eating at Santa Lucia on Bahnhofstr. Moreover I’m impressed by the quality of the music, amazing for such a small city.

What is your view of the German scientific system in comparison to that of your home country or to that of other countries where you may have conducted research?

I have worked in England and the U.S. as a professor, but in Germany only as a privileged visitor, without real academic responsibilities. I have been able to enjoy the insights, intelligence and company of world-class German academics, without having the responsibilities that they have (which seem to be many.....)

In your opinion, what is the importance of international exchanges for researchers?

I don't know how Science could proceed without it. In my case, Germany has been exceptionally generous, more than I deserve, from Humboldt, Einstein Stiftung Berlin, and NeuroCure.

What is your opinion of the opportunities made available through the Research Alumni Network?

The Research Alumni Network made it possible to work with some of my German colleagues face-to-face in Heidelberg, not to mention enjoying one of my favorite cities; for this, I am very grateful indeed. In fact, even more grateful than you could imagine, because the whole arrangement was so unexpected!