Evaluation of the survey (PDF)(Ger) 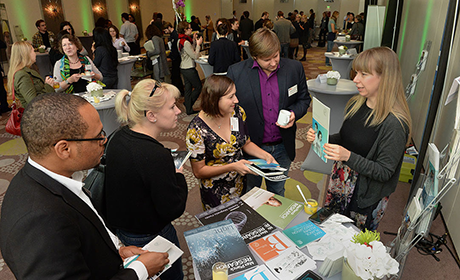 Looking back at their time at German universities and research institutions, visiting scientists and scholars are very happy with their stay in Germany, and particularly appreciate the support provided by the Welcome Centers. That was the result of a survey conducted by the Alexander von Humboldt Foundation (AvH) among scientists and scholars who attended two research alumni conferences of the AvH. Their participation in these events also motivated the research alumni to become ambassadors of German universities and research institutions in their home countries, and strengthened relations between visiting scholars and their host institutions.

The aim of the two conferences in the years 2013 and 2014 was to support the host institutions in establishing good relations with future research alumni and to promote the network of research alumni officers. The participants were interviewed immediately following the two events; the survey also showed that the conferences led to the hoped-for result of producing definite agreements on future cooperation between international visiting scholars and their hosts. A second survey in which 99 scientists took part followed 12 / 24 months later.

At the time of this second survey, an average of one in two scientists who had attended one of the two conferences was still working in a German institution. Most of them planned to stay in Germany permanently. The majority of those who had already left Germany had returned to the country in which they lived before their stay here. Two in three visiting scholars were still engaged in cooperation with former colleagues at the German host institution, while one in three was in close contact with scientists of other German universities and research institutions. 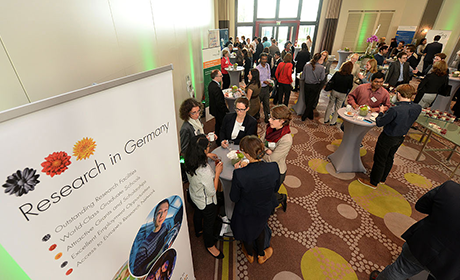 All in all, the respondents were very happy with their work situation in Germany. Nearly all praised the good research infrastructure, the collaboration with colleagues and the support in their respective disciplines. Approximately three-quarters of the respondents were satisfied with the services provided by the Welcome Centers, especially those relating to organisational formalities. Where visiting scientists were not happy with the support offered by their host, this was usually due to the fact that there was no Welcome Center, or to the fact that important documents were not provided in English or the service staff did not speak English well.

The survey also showed that the two conferences aroused a great deal of interest in the German research landscape and significantly increased the participants’ knowledge of funding programmes and international cooperation. The majority of participants are still supplied with the latest news by their host institutions, usually via a newsletter. Nearly half of the respondents attended special events organised by the German host institutions for their research alumni following the conference; most of the remaining respondents had not received an invitation to such events. 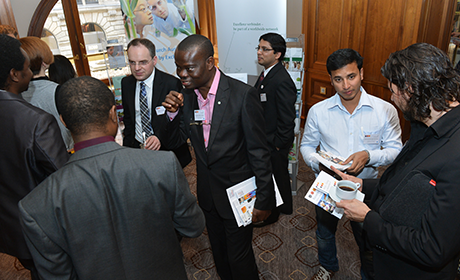