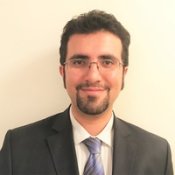 Seyed Hossein Zarhani is a research fellow and lecturer at the Political Science Department of the South Asia Institute at Heidelberg University. He is currently pursuing his habilitation with a comparative research project on the political economy in Iran and India.

He has defended his doctoral dissertation at the Institute of Political Science (IPW), Heidelberg University. His doctoral research on "Dynamics of Governance and Development in India: a Comparative Study on Andhra Pradesh and Bihar after 1990" was supervised by Professor Subrata K. Mitra and Professor Dietmar Rothermund.

He is a member of the editorial staff at the 'Heidelberg Papers in South Asian and Comparative Politics' (HPSACP). He also has several work experiences at different research institutes in Iran.

He studied Political Science at Tehran University (Iran) and Osmania University, Hyderabad (India). He won the Gold medal in the National Olympiad of Persian literature in 1999.

Lecturer at the Department of Political Science, South Asia Institute, Heidelberg University (since 2013)