Heidelberg University has won support for two proposals from the Clusters of Excellence funding line within the framework of the Excellence Strategy of the federal and state governments. Following the international review sessions, the Committee of Experts appointed by the Joint Science Conference and the science and research ministers from the federal and state governments selected the “STRUCTURES” and “3D Matter Made to Order” clusters – the latter being conducted jointly with the Karlsruhe Institute of Technology. “We are proud of the success of our cluster initiatives, which we set in motion together with our research partners. With long-term financing in two central scientific fields, we now have an opportunity to pursue research at the highest level internationally,” stated Ruperto Carola President Prof. Dr Bernhard Eitel after the funding decisions were announced on 27 September 2018.

This simultaneously clears the way for Heidelberg University to again compete for Universities of Excellence status. The cluster approvals – two successful initiatives are required – meet one of the basic criteria to submit a proposal for the second funding line of the Excellence Strategy by December of this year. The Universities of Excellence will be announced in July 2019. “We will now do everything in our power and direct our concerted effort toward clearing this next hurdle,” continued Prof. Eitel. “In the conviction that we are excellently positioned as a research university of international standing, the members of Ruperto Carola embrace this challenge with optimism.”

STRUCTURES: A unifying approach to emergent phenomena in the physical world, mathematics, and complex data 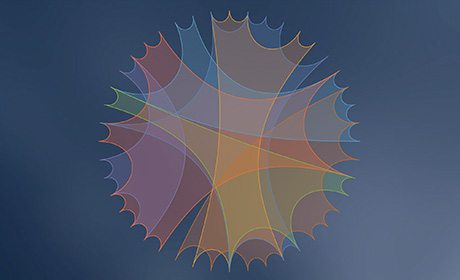 The STRUCTURES Cluster of Excellence addresses specific, highly topical questions about the formation, role, and detection of structure in a broad range of natural phenomena, from subatomic particles to cosmology, and from fundamental quantum physics to neuroscience. The new concepts and methods explored by the cluster are central for finding structures in large datasets, and for realising new forms of analogue computing. Spokespersons are the Heidelberg scientists Prof. Dr Manfred Salmhofer (Institute for Theoretical Physics), Prof. Dr Anna Wienhard (Mathematical Institute) and Prof. Dr Ralf S. Klessen (Centre for Astronomy).

3D Matter Made to Order 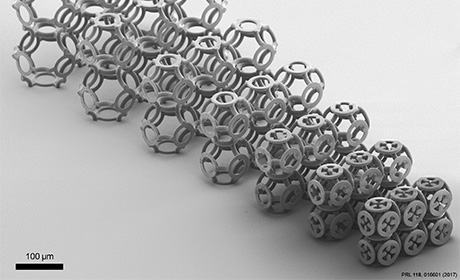 “3D Matter Made to Order”, the joint Cluster of Excellence by the Karlsruhe Institute for Technology and Heidelberg University, pursues a highly interdisciplinary approach combining natural and engineering sciences. The cluster concentrates on three-dimensional additive manufacturing techniques, from the molecular level to macroscopic dimensions. Its vision is the ultimate digitisation of 3D manufacturing and material processing. These methods are to be used to produce components and systems by nanoprinting at maximum process speed and resolution for novel applications in materials and life sciences. The cluster also receives funding from the Carl Zeiss Foundation. Spokespersons are Prof. Dr Martin Wegener (KIT, Institute of Applied Physics / Institute of Nanotechnology) and Prof. Dr Uwe H. F. Bunz (Heidelberg University, Institute of Organic Chemistry).