The Chica and Heinz Schaller Foundation is honouring two excellent young researchers in Heidelberg with a highly endowed award for their work in the field of basic biomedical research. Dr Marieke Essers of the German Cancer Research Center (DKFZ) and Dr Theodore Alexandrov from the European Molecular Biology Laboratory (EMBL) will each receive 100,000 euros. With the award named for its two benefactors, the Foundation recognizes Dr Essers' groundbreaking research on blood-forming stem cells and their activation under stress, such as after an infection. Dr Alexandrov is being honoured for his pioneering work in metabolome research, in which he is applying computer-assisted methods to investigate the characteristic metabolic properties of biological systems. The award ceremony at Heidelberg University will be held on 5 February 2018. 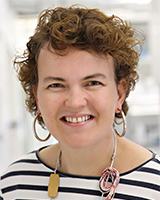 Marieke Essers earned her doctorate from the University Medical Center Utrecht (Netherlands) for her dissertation in the field of medical biology. She pursued postdoctoral research at the Swiss Institute for Experimental Cancer Research before joining the DKFZ in 2008. Since 2009, Dr Essers has led the "Stress-induced Activation of Hematopoietic Stem Cells" junior research group of the German Cancer Research Center and the Heidelberg Institute for Stem Cell Technology and Experimental Medicine (HI-STEM).

According to Dr Essers, infections are a stress factor for the body. As the immune system fights the intruding pathogen, it loses a good deal of blood and immune cells. Once the pathogens are successfully eliminated, the body needs to recoup these losses. That is the job of the adult blood stem cells. Her research is focused on how, via messengers known as cytokines, infections and inflammation act on these cells, which are normally in a type of "sleep state". The research is designed to gain a better understanding of the processes involved in activating the hematopoietic stem cells to allow the body to re-establish a balanced blood count post-infections. Dr Essers explains that hematopoietic stem cells have a lot in common with leukaemia stems cells, and their "sleep state" is the main reason for treatment failure and recurrence of the disease. Her team therefore also hopes to discover how sleeping leukaemia stem cells are activated, thereby rendering them susceptible to chemotherapy. 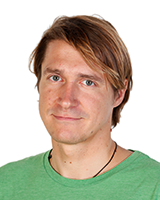 Mathematician Theodore Alexandrov earned his doctorate in 2007 from St. Petersburg State University (Russia) and then moved on to the University of Bremen to pursue postdoctoral research in the field of econometrics, which combines economic theory with mathematical methods and statistics. He now applies his expertise in machine learning to biomedical problems and the application of mass spectrometry, which is used to analyse the mass of atoms and molecules. Dr Alexandrov has been a group leader at the EMBL since 2014, where he also heads the Metabolomics Core Facility.

The overarching goal of his research is to develop novel computational tools to analyse the spatial organisation of metabolic processes at the level of cells, organs, and ultimately the entire organism. The work focuses particularly on the metabolites, the substances that are converted or formed during metabolic processes. The researcher hopes to uncover information on the spatial distribution of these "small molecules". In collaboration with researchers from the University of California in San Diego (USA), Dr Alexandrov's team has developed a computer programme that generates an interactive, three-dimensional map that shows how molecules and microbes with which humans come in contact are distributed on the skin. Theodore Alexandrov received a highly-endowed ERC Consolidator Grant from the European Research Council (ERC) for his work.

The foundation established by researchers Prof. Dr Chica Schaller and Prof. Dr Heinz Schaller has been supporting basic biomedical research in Heidelberg since 2000. Funding programmes include grants for researchers and an endowed professorship. The foundation is particularly committed to setting up and financing the "Schaller Research Groups" of Heidelberg University, Heidelberg University Hospital, and the German Cancer Research Center. The award named for its two benefactors is one of the foundation’s major funding instruments and has been presented annually since 2005 to outstanding young researchers in Heidelberg. The Chica and Heinz Schaller Research Award is endowed with funding in the amount of 100,000 euros.

The two prize winners will give brief presentations (in English) on their research at the award ceremony on February 5th. The address honouring Dr Essers will be given by Prof. Dr Petra Boukamp, a researcher at the IUF – Leibniz Research Institute for Environmental Medicine. Prof. Dr Rüdiger Hell of the Centre for Organismal Studies at Heidelberg University will pay tribute to Dr Alexandrov's work. The ceremony will be held on the ground floor of the Marsilius Kolleg, Im Neuenheimer Feld 130.1, and starts at 4pm. The public is cordially invited to attend.