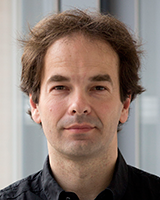 The Chica and Heinz Schaller Foundation is honouring an excellent young Heidelberg-based scientist: The award, endowed with 100,000 euros in research funding, goes to Dr. Matthias Fischer of the Max Planck Institute for Medical Research. The foundation thereby recognises his pioneering research on virus-host interactions in eukaryotic cells. Dr. Fischer's investigations are focused on single-celled marine organisms. The award ceremony will be held on 26 January 2017. Heidelberg University and the foundation cordially invite the public to attend.

Matthias Fischer (b. 1976) studied biochemistry at the University of Bayreuth. He completed his dissertation at the University of British Columbia in Canada, earning his doctorate in microbiology in 2011. He then joined the Max Planck Institute for Medical Research in Heidelberg as a postdoc. He has directed a research group there since 2014.

The biochemist is researching so-called giant viruses, which are particularly complex and tend to infect single-celled eukaryotes, that is, organisms whose cells have a cell nucleus. The particle and genome sizes of these viruses are comparable to bacteria, and according to Dr. Fischer, exhibit "fascinating diversity." "Equipped with hundreds of genes, they can carry out numerous biochemical processes that are otherwise limited to cellular organisms. Surprisingly, giant viruses are themselves parasitised by smaller viruses," states the Heidelberg researcher. Dr. Fischer is investigating how the giant virus and the smaller virus interact with one another and with the host cell. His research group discovered that certain organisms cooperate with the smaller virus to protect themselves from the giant virus. According to Dr. Fischer, this type of virus-mediated immunity has been hitherto unknown. These findings broaden our understanding of the role of viruses in marine ecosystems.

The foundation, established by researchers Prof. Dr. Chica Schaller and Prof. Dr. Heinz Schaller, has been supporting biomedical research in Heidelberg since 2000 through grants and an endowed professorship. The Chica and Heinz Schaller Foundation is particularly committed to setting up and financing the Schaller research groups that work at Heidelberg University and the German Cancer Research Center. The award named for its two benefactors is one of the foundation’s major funding instruments and has been presented annually since 2005 to outstanding young researchers in Heidelberg.

The award ceremony will be opened by Prof. Dr. Rohini Kuner of the Institute of Pharmacology at Heidelberg University Hospital; she is the chairperson of the board of directors of the Chica and Heinz Schaller Foundation. Prof. Dr. Hans-Georg Kräusslich, spokesperson for the University Hospital's Infectious Disease Centre and chair of the foundation's scientific advisory board, will deliver the address honouring Dr. Fischer. Prof. Dr. Karoly Nikolich, also a member of the foundation board of directors, will present the award. The award recipient will offer insights into his research in a presentation entitled "Viral giants and their hyperparasites: a glimpse into the fascinating world of protist viruses." The research talk will be given in English.

The ceremony will be held on 26 January in the Ute Greenier Hall of the BioQuant Centre (7th floor), Im Neuenheimer Feld 267, and begins at 4:30pm. The public is cordially invited to attend.