Two excellent young researchers Heidelberg-based researchers will receive the Chica and Heinz Schaller Research Award for 2014. The C.H.S. Foundation will recognize their outstanding biomedical research with research funding in the amount of 100,000 euros each. Award recipient Dr. Brian Luke, who leads a junior research group at the Center for Molecular Biology (ZMBH) at Heidelberg University, is studying the relationship between the nutrient status of cells and the detection of damage to genetic information. The other award recipient is Dr. Jan Korbel, a research group leader at the European Molecular Biology Laboratory (EMBL) in Heidelberg. He is exploring how structural variants in human genomes arise and what their significance is in the development of malignant tumours. The awards ceremony is open to the public and will be held on 10 February 2015. 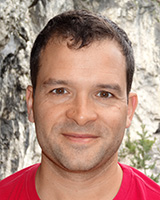 Dr. Luke’s research is aimed at discovering how cells react to damage in genetic information. He is particularly interested in damage to the telomeres, the ends of the chromosomes, which play a key role in cell ageing and various diseases. The research by Brian Luke and his team indicates that surprisingly, poorly nourished cells live longer than those that are well nourished. According to the researcher, this is due, in part, to the better detection and repair of DNA damage. His investigations are the basis for a better understanding of the “damaging” effect of chemotherapeutic agents in the treatment of cancer. In future they could help reduce the side effects of chemotherapy brought on by DNA damage. The C.H.S. Foundation praises Dr. Luke’s work as “groundbreaking”. 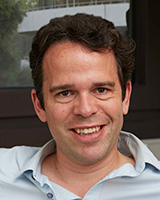 Jan Korbel (b. 1975) studied biotechnology at the Technical University of Berlin. He completed his dissertation at EMBL in Heidelberg and in 2005 he received his doctorate in molecular biology from Humboldt University of Berlin. After a three-year research period at Yale University in New Haven (USA), Dr. Korbel returned to the European Molecular Biology Laboratory in 2008. He heads a research group which is part of the Molecular Medicine Partnership Unit, a joint venture between the Medical Faculty Heidelberg of Heidelberg University and EMBL.

Dr. Korbel’s research interests lie in structural variants in DNA, which differ widely from person to person and are linked to different genetic diseases and certain forms of cancer. The scientist and his team conducted the most extensive analysis of these types of DNA modifications in humans to date. This analysis identified and compared 28,000 structural variants, to determine why some parts of the genome change more quickly than others. Dr. Korbel and his group are also investigating what triggers these changes and how they promote the development of cancer. The team succeeded in showing that in a brain tumour in children, a hereditary mutation was linked to massive destruction of the chromosomal structure. This work highlighted a new mechanism by which structural variations can activate cancer-promoting genes in brain tumours. The C.H.S. Foundation lauds Dr. Korbel’s work as “innovative and independent”.

The C.H.S. Foundation, established by researchers Prof. Dr. Chica Schaller and Prof. Dr. Heinz Schaller, has been supporting biomedical research in Heidelberg since 2000. It provided funding for an endowed professorship and has granted scholarships. The foundation is particularly committed to setting up and financing the Schaller research groups that work at Heidelberg University and the German Cancer Research Center. Among the major funding instruments is the Chica and Heinz Schaller Research Award, which has been presented annually since 2005 to outstanding young researchers at Heidelberg. Each prize is endowed with research funding in the amount of 100,000 euros.

The award ceremony will be held in the Ute Greenier Hall on the 7th floor of the BioQuant Centre, Im Neuenheimer Feld 267, at 4 pm on 10 February 2015. The public is welcome to attend. Award recipients will give their talks in English.