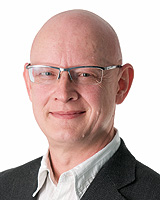 Heidelberg developmental biologist Prof. Dr. Joachim Wittbrodt has been awarded a generously endowed ERC Advanced Grant by the European Research Council. Grants from this line of funding are accorded to leading researchers working in Europe. For a period of five years, the grant will finance a research venture in which Prof. Wittbrodt will be observing and manipulating stem cells in their natural environment with a view to understanding how tumours form. Joachim Wittbrodt is a member of Heidelberg University’s Centre for Organismal Studies. The ERC grant amounts to a total of approx. EUR 2.6 million.

Prof. Wittbrodt’s research focuses on the development of the eyes in vertebrates and the function of stem cells. His approach combines investigations on processes ranging from early embryo development to the regeneration of eye structures. The model organism for his studies is the medaka (Japanese killifish), a fish with a transparent body facilitating the observation of cells over extended periods of time. The research project supported by the ERC Advanced Grant is named “ManISTeC – Manipulating and Imaging Stem Cells at Work”. Here researchers led by Prof. Wittbrodt will be observing and manipulating stem cells in their natural environment to achieve a precise understanding of the individual stages of development and their regulation. The project involves the use of newly developed techniques in microscopy, image evaluation methods and genetic tools. Initially, the studies will concentrate on the retina of the fish’s eye, which represents a well-characterised model system for stem cells. Subsequently, the investigations will extend to tumour models. “From this research we anticipate findings that will be supremely relevant for the understanding of the proliferation and specialisation of stem cells and tumour cells,” says Prof. Wittbrodt.

Joachim Wittbrodt (born 1961) studied biology at Munich University. After his doctorate at the Gene Centre there, he moved to the Centre for Molecular Life Sciences at Basel University. As head of a young scientists’ research group at the Max Planck Institute of Biophysical Chemistry in Göttingen from 1995 to 1998, he developed molecular and cell-biological tools that subsequently led to spectacular research work at the European Molecular Biology Laboratory (EMBL). After his habilitation at Braunschweig Technical University, Joachim Wittbrodt joined EMBL in 1999. Since 2007 he has been pursuing his research interests in Heidelberg and Karlsruhe. He is director of the Institute of Toxicology and Genetics at the Karlsruhe Institute of Technology. At Heidelberg University he accepted a professorship at the Institute of Zoology that merged with the Institute of Plant Sciences in 2010 to become the newly established Centre for Organismal Studies, where Prof. Wittbrodt is founding director. In the same year Joachim Wittbrodt was awarded the Lautenschläger Research Prize endowed with EUR 250,000.

The European Research Council was set up in 2007 to apply an investigator-driven approach to the funding of frontier research with a view to advancing visionary projects and opening up new interdisciplinary fields of knowledge. Among its funding lines is the ERC Advanced Grant, which is awarded to outstanding researchers who have already made a name for themselves.