Are Natural Halogenated Hyrdocarbons Harmful to the Ozone Layer? 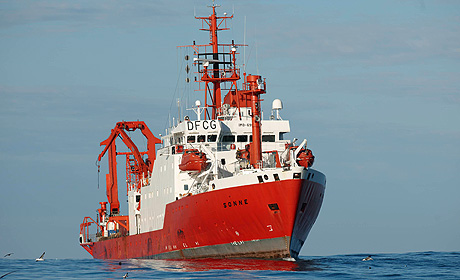 Over 20 years ago, the industrial production of chlorofluorocarbons (CFC) was prohibited in order to protect the ozone layer. However, research findings by environmental physicists from Heidelberg University suggest that the ozone layer may also be damaged by natural chlorinated, brominated and possibly iodinated hydrocarbons formed in significant amounts by water plants and microorganisms on the oceanic coasts. This conjecture, recently substantiated by other research findings, is to be tested by an international field measurement campaign in the South China Sea in the framework of the SHIVA project funded in part by the European Union. Heidelberg University’s Institute of Environmental Physics is coordinating the project, which will receive 10 million Euros in funding in all and involves about 130 scientists from 17 institutions in Europe and Malaysia. The measurements will take place in November and December 2011.

The halogens chlorine, bromine and iodine belong to the class of ozone-depleting substances. Water plants like seaweed, macroalgae and microorganisms called phytoplankton form natural halogenates and release them into the air. “In the tropical West Pacific we expect to find particularly rich sources of these trace gases,” says Prof. Dr. Klaus Pfeilsticker of Heidelberg University’s Institute of Environmental Physics, the overall coordinator of the interdisciplinary research project. “During the rainy season there, we also have the main transport of ground-near air masses into the stratosphere, where the ozone layer is located.” So far the role of these natural halogenated hydrocarbons in ozone depletion is unclear. “The SHIVA project is designed to find out what damage they can inflict on the ozone layer in a changing climate,” says Prof. Pfeilsticker. “It will also investigate reciprocal interactions with other emissions, for example anthropogenic air pollution.”

Involved in the field measurements in the South China Sea are the Falcon research plane of the German Aerospace Centre (DLR), the German research ship Sonne, various smaller vessels and the European environmental satellite ENVISAT. On the coasts of Borneo and in the Malaccan straits, seawater from various biotopes like tributaries in mangrove forests or carpets of algae will be investigated for natural sources of halocarbons. The DLR research plane will undertake 10 flights from Miri on Borneo with the aim of studying the further atmospheric transport and decomposition of these ozone-depleting compounds. The formation mechanisms of the compounds will be investigated in the laboratory. “Subsequently,” says Prof. Pfeilsticker, “the measuring results will be analysed with the aid of large-scale chemical, transport and climate models in an attempt to predict the future development of the ozone layer under the impact of anthropogenic climate changes.”

SHIVA is funded by resources from the European Union and from various national organisations in Europe and Malaysia. German institutions involved alongside Heidelberg University’s Institute of Environmental Physics as project coordinator are the DLR, Leibniz Institute of Marine Sciences at the University of Kiel, the Alfred Wegener Institute for Polar and Marine Research, University of Bremen and Goethe University Frankfurt. Other project partners are three British universities, three research institutions in France, Belgium and Norway and five research units in Malaysia. SHIVA stands for Stratospheric ozone: Halogen Impact in a Varying Atmosphere. For more information, go to http://shiva.iup.uni-heidelberg.de.