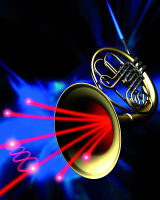 For the first time since the theoretical concept for the creation of heralded entanglement of light particles was introduced in 2003, an international research team led by Prof. Dr. Jian-Wei Pan of Heidelberg University has realized it experimentally. The scientists from Germany, Taiwan and China are the very first in the world to prove the occurrence of polarization-entangled photon pairs solely through indirect measurements while using the standard method of generation. The results of their research, significant especially for quantum communication and quantum computing, are being published in the journal “Nature Photonics”.

Photons are also known in the vernacular as light particles. Their special properties make them interesting for quantum physics applications, like optical quantum computers. Quantum systems made up of multiple independent light particles are being studied to this end. The disadvantage of the standard method of generating entangled photons, parametric down-conversion, is that the presence of the particles cannot be proven without measurement. But the measurement itself inevitably influences the quantum state, rendering it unusable for further applications.

The theoretical concept used by the Heidelberg research team is based on the simultaneous generation of three polarization-entangled photon pairs from a single source of parametric down-conversion. Four of the six particles generated are used as auxiliary particles. They are able to be measured using an advanced detection protocol and therefore herald the existence of the other two photons, which circumvents the need for measurement and leaves their quantum mechanical state untouched. In expert parlance, this is known as a heralded or deterministic generation of entanglement.

At first this concept was considered to be technically not feasible. To measure photons, special detectors that can identify the number of simultaneously arriving light particles would be needed, and none were obtainable commercially. Prof. Pan’s research team faced the challenge of implementing the experiment based on a variation of the experimental setup using simple optical components and generally available threshold detectors. They reduced the probability that photons would get to the measuring devices at all.

“In so doing, we did have to accept a reduction in the absolute efficiency of our source. But at the same time we were able to considerably increase the prediction accuracy of a maximally entangled photon pair”, explains Dr. Claudia Wagenknecht of Prof. Pan’s team. The researchers believe this to be an important step towards the future use of parametric fluorescence and the development of deterministic sources for the entanglement of light particles, especially for conducting experiments in quantum communication and quantum computing as well as for realising practical applications.

Scientists from the Institute of Physics of Heidelberg University, the National Cheng Kung University in Tainan/Taiwan and University of Science and Technology of China in Hefei contributed to the research.