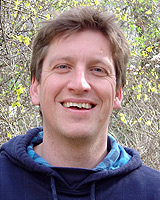 Heidelberg biochemist Dr. Gerhard Schratt is receiving the Chica and Heinz Schaller research award for 2009 endowed with research monies amounting to 100,000 euros. The award is being conferred by the C.H.S. Foundation in recognition of Dr. Schratt’s groundbreaking work in basic biomedical research and his achievements in establishing an independent junior research group. Dr. Schratt is investigating neuronal gene regulation at Heidelberg University’s Interdisciplinary Centre for Neurosciences (IZN). The award will be presented to him at the university on 12 February 2010.

Gerhard Schratt (b. 1972) studied biochemistry at the University of Tübingen, where he received his doctorate in 2002. He worked as a postdoc at Professor Michael E. Greenberg’s renowned neurobiology laboratory at Harvard University before coming to the IZN in 2006. Dr. Schratt heads a junior research group at Heidelberg’s Collaborative Research Centre 488, “Molecular and Cellular Bases of Neural Development”.

In his research work Dr. Schratt investigates the significance of so-called micro-RNAs (miRNAs) for the functioning of nerve cells. His investigations concentrate specifically on a class of small RNA molecules that influence the expression of certain genes and are thus involved in the regulation of many cellular processes. Dr. Schratt’s research group has been able to show that miRNAs play an important role in the development and modification of neurological synapses. At present he and his team are in the process of identifying and characterising the relevant RNA molecules and the genes regulated by them. The long-term research objective is to establish the significance of these miRNAs in the development of complex brain functions with a view to designing new therapeutic strategies for the treatment of complex neurological disorders.

The C.H.S. Foundation was established in 2000 by the scientists Chica and Heinz Schaller. It supports basic biomedical research at Heidelberg University by providing funding for innovative approaches. The funding intended for flexible use is provided especially to assist junior scientists in conducting independent projects. A major instrument for this purpose is the annual research award dating back to 2005. For more information go to www.chs-stiftung.de.

Note for news desks
The presentation ceremony will take place at 4 p.m. on Friday, 12 February 2010 at the Centre for Molecular Biology, Im Neuenheimer Feld 282, Room 001.