The events are
supported by 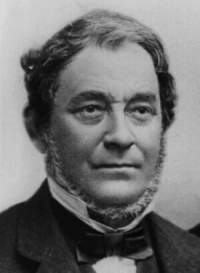 Prof. Robert Wilhelm Eberhard Bunsen (30 March 1811 – 16 August 1899) is considered the founder of modern Physical Chemistry. Among other achievements, he studied the emission spectra of elements, and discovered with Gustav Kirchhoff cesium (in 1860) and rubidium (in 1861). Further, Robert Bunsen developed several gas-analytical methods, he was a pioneer in photochemistry, and did early work in the field of organo-arsenic chemistry. With his laboratory assistant, Peter Desaga, he developed the famous Bunsen burner, a significant improvement with respect to the laboratory burners in use at that time.

Robert Bunsen was born in Göttingen, where he studied chemistry and obtained his Ph.D. in 1831. In 1833 Bunsen became a lecturer at the University of Göttingen, and then in 1836 in Kassel. In 1839 he moved to Marburg, where he spent more than 10 years before he left for Breslau in 1850. In late 1852 Robert Bunsen finally became the successor of Leopold Gmelin at the University of Heidelberg where he worked for almost half a century.

In honor of the 200th jubilee of Robert Bunsen´s birthday and in connection with the 625th anniversary of the founding of the University of Heidelberg, the Institute for Physical Chemistry, with assistance of the “Chemische Gesellschaft zu Heidelberg”, organizes two successive events, viz. one-day Bunsen Colloquium “Frontiers in Physical Chemistry” (Oct. 12, 2011) and two-days Bunsen International Discussion Meeting on “Photocatalysis” (Oct. 13-14, 2011). The colloquium will present the developments and trends in modern Physical and Biophysical Chemistry. The subject of the international discussion meeting is related to a BMBF-funded project Solar2fuel (U Heidelberg, BASF, EnBW, and TU Munich) which is conducted at Heidelberg University within the BMBF Excellence Cluster “Organic electronics”.

Participants from academia and industry as well as the students of the University of Heidelberg and other universities are warmly invited to attend these two special events.