A total of six research alumni from Japan, South Korea and Bangladesh returned to Heidelberg in 2019 as HAIreconnect fellows – with four of them agreeing to become new Research Ambassadors for Heidelberg. The short-term fellowships under the HAIreconnect programme for former visiting researchers had been offered exclusively to participants of the Kyoto network conference in April 2018. 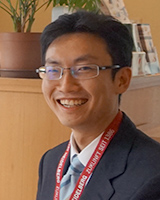 The first HAIreconnect fellow of the year was historian and Japanese scholar Dr Jotaro Kuno of Doshisha University in Kyoto, who stayed in Heidelberg from the end of June to the beginning of July. Dr Kuno is currently investigating academic relations between Heidelberg and Japan, and during his stay, agreed to become the second Japanese Research Ambassador for Heidelberg. As he has been returning almost annually to Heidelberg since his first stay in 2015, Jotaro Kuno decided to extend his visit until mid-September, well beyond the period funded by the fellowship. He viewed documents in the University Archives, examined primary sources of Japanese scientists who came to Heidelberg in the 20th century for education or research and exchanged ideas with colleagues at the Institute for Japanese studies.

The second HAIreconnect visitor, returning in July, was Dr Tomohiro Hayashi of the Tokyo Institute of Technology, who was a doctoral student at Heidelberg University’s Institute for Physical Chemistry from 2000 to 2003 and has been a Research Ambassador in Japan since 2016. During his stay, he was able to continue his successful collaboration with Professor Motomu Tanaka. He plans to keep strengthening the cooperation between Heidelberg University and his institute in Japan. Tomohiro Hayashi travelled to Heidelberg again in October to attend the alumni meeting organised by his former doctoral adviser Prof. Michael Grunze. 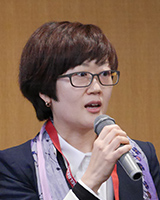 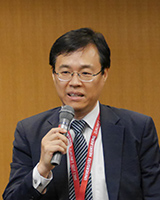 Also in July, Heidelberg welcomed back the first HAIreconnect fellows from South Korea, theologians Prof. Tae-Yeon Kim of Soongsil University in Seoul and Prof. Chul Chun of Hanshin University in Seoul, for a ten-day stay. Both are very interested in establishing a partnership between Heidelberg University and their universities in Seoul and used their stay to reconnect with their former doctoral advisers at the Faculty of Theology. Tae-Yeon Kim and her doctoral adviser Prof. Michael Bergunder are looking to establish a programme of scientific exchange with the Heidelberg Department of Science of Religion and Intercultural Theology. Chul Chun, who heads the Center for the Study of Science and Religion at his university, investigates the dynamics between the natural sciences and religion and is hence particularly interested in interdisciplinary exchange between science and liberal arts faculties. He will represent Heidelberg University as the first South Korean Research Ambassador. 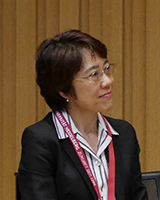 Prof. Yuko Nishitani of Kyoto University, who was a doctoral student at Heidelberg University’s Institute for Comparative Law, Conflicts of Law and International Business Law between 1994 and 1997, returned to Heidelberg in September. The jurist has also agreed to become a Research Ambassador for Heidelberg University. She used her eight-day stay to discuss her research with colleagues and may organise a conference on her new study topic ‘Corporate Social Responsibility’ within the DAAD summer school programme to explore the responsibility of international companies for human rights violations and environmental degradation in developing countries.

The chemist Dr Nuruzzaman Khan Hira of the University of Dhaka in Bangladesh is another former visiting scientist turned Research Ambassador who will pave the way for students and especially junior researchers from Bangladesh to come to Heidelberg. During his two-week HAIreconnect stay in October, he gave a lecture with his former doctoral adviser Prof. Michael Zharnikov of the Institute for Physical Chemistry and read up on DAAD funding programmes that could help him set up joint research projects with his Heidelberg colleagues.