News from the Network

In September 2015, three international visiting scholars working at Heidelberg research institutions will attend the Research Alumni Conference Germany of the Alexander von Humboldt Foundation. This marks the third time that the conference, which will take place in Berlin on 23–25 September, brings together more than 100 researchers from a wide range of disciplines and countries who currently work at German research institutions. As winner of the Humboldt Foundation’s ‘Research Alumni of German Universities’ competition, Heidelberg University is among the select German universities to send representatives to this network meeting. Six international visiting scholars from Heidelberg took part in the first Research Alumni Conference in November 2013. 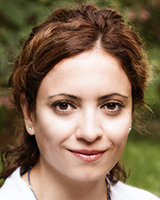 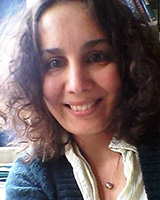 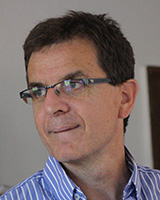 The Heidelberg Research Alumni travelling to Berlin this year are pharmacologist Dr Hadeel Khallouf from Syria, classical philologist Dr Nikoletta Kanavou from Greece and German philologist and comparatist Prof. Dr Sandro M. Moraldo from Italy. Hadeel Khallouf is a post-doctoral researcher who joined the junior research group ‘Immunotherapy and -prevention’ of the German Cancer Research Center in 2012. She completed a bachelor's programme at the University of Damascus in Syria and a master's programme at the University of Strasbourg in France before earning her doctoral degree in oncology in Heidelberg in 2011. ‘I am very grateful that I was nominated to attend this conference which is an excellent opportunity to network with international scientists and scholars, to know more about research funding and collaboration possibilities in Germany and to suggest ideas to enhance scientific mobility’, she says. Nikoletta Kanavou holds a Humboldt scholarship and began her 2-year research stay at Heidelberg University's Department of Classical Philology in the autumn of 2014. She completed a bachelor's programme in Athens and a master's programme at the University of Oxford (UK), where she also earned her PhD. Sandro M. Moraldo is Professore Associato for German Philology at the University of Bologna and Interim Professor of Comparative Literature and Linguistics at the Università Cattolica del Sacro Cuore in Milan. In the winter term of 2014/15, he held the International Visiting Professorship for General and Comparative Literature – an Excellence project of Heidelberg University – at the Institute for German as a Foreign Language Philology, at which he is also a regular guest lecturer. 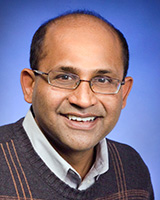 The seventh ‘Falling Walls Conference - The International Conference on Future Breakthroughs in Science and Society’, which will be attended by two Research Alumni of Heidelberg University, is scheduled for 8–10 November 2015. Inspired by the fall of the Berlin Wall in 1989, the organisers have been inviting 20 worldwide leading scientists to Berlin on 9 November of every year since 2009. The scientists present their current work and exchange ideas with fellow researchers in order to highlight possible solutions to global challenges. The Research Alumni Network will be represented by two research alumni who currently hold – or have just completed – an international visiting professorship at Heidelberg University: neuroscientist Prof. Dr Catherine Harmer and physicist Prof. Dr Raju Venugopalan. 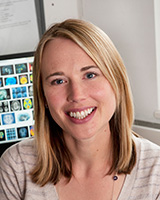 Catherine Harmer works at the University of Oxford's Department of Psychiatry. She was a visiting professor at Heidelberg University Hospital from September 2014 to April 2015 – at the Department of Child and Adolescent Psychiatry, where Medical Director Prof. Dr Franz Resch was her host, and at the Center for Psychosocial Medicine under Prof. Dr. Romuald Brunner. Raju Venugopalan is a Nuclear Theory Group Leader and Senior Scientist at the Brookhaven National Laboratory in Brookhaven, NY, an institution operated by the U.S. government, and Adjunct Professor at Stony Brook University in the same state. He is completing a visiting professorship at the Institute for Theoretical Physics under host Prof. Dr Jürgen Berges in several stages between 2014 and 2016.

The International Visiting Professors Programme was established within the framework of Heidelberg University's Institutional Strategy during the Excellence Initiative II. The programme aims at bringing the expert knowledge of renowned international scientists to Heidelberg University, supplementing the research potential in certain areas and expanding and internationalising research-based teaching. The programme funds one-time stays of two to ten months and recurring stays of two to six months per year that span several years. Visiting professors are expected to contribute to research-based teaching.

The 20 top scientists attending the Falling Walls Conference will present their latest projects, which have the potential to fundamentally change the world.  Among this year's speakers is Heidelberg alumnus Wolfgang Ketterle of the Massachusetts Institute of Technology in Cambridge, near Boston (USA), winner of the 2001 Nobel Prize in Physics for his experimental research on the Bose-Einstein condensation. The purpose of the conference is to link science, industry, politics, media and culture, bring researchers together across disciplinary boundaries, point out opportunities and solutions to global challenges and make complex scientific topics accessible to the wider public. The conference is organised by the non-profit Falling Walls Foundation in Berlin. It is sponsored by the Federal Ministry of Education and Research, the Helmholtz Association and the Robert Bosch Foundation. Other contributors include the Leibniz Association, the Fraunhofer Society, the Max Planck Society, the Donors' Association for the Promotion of Science and Humanities in Germany, the German Academic Exchange Service and the European Research Council.

The University has selected the applicants that will be able to return to Heidelberg for a brief stay in the second half of 2015 with the HAIreconnect programme. Eight scholarships were awarded to scientists from Egypt, Bulgaria, France, the UK, Italy, Portugal, Turkey and Hungary. The scholarship winners work in the fields of applied mathematics (host: Institute for Theoretical Physics), civil law (host: Faculty of Law), electrophysiology (host: Centre for Biomedicine and Medical Technology, Medical Faculty Mannheim, Heidelberg University), radiation therapy (host: Medical Faculty Mannheim, Heidelberg University), protein dynamics and flexibility (host: EMBL), psychology (host: Institute of Psychology), criminal law for tax offences (host: Institute for German, European and International Criminal Law and Criminal Procedure Law) and theoretical physics (host: Heidelberg Graduate School of Fundamental Physics). These 5- to 10-day stays in Heidelberg give Research Alumni the chance to meet other researchers and initiate new projects, renew or intensify existing cooperation programmes or use the resources available in Heidelberg to work on their own research projects.

Research alumni networks and programmes at German universities and research centres are still in their infancy. To shine a light on such programmes from the perspective of the research alumni representatives, the Alexander von Humboldt Foundation organised a workshop in Bonn on 14–15 April 2015 that was attended by 85 participants from universities and research institutions. Silke Rodenberg, Head of Heidelberg Alumni International (HAI), led a work group at this event and gave a brief lecture on the topic of websites, online measures and social media. As winner of the Humboldt Foundation’s ‘Research Alumni of German Universities’ competition, Heidelberg University is among the pioneers of research alumni work in Germany and was happy to share its experiences with the Heidelberg Research Alumni Network with interested colleagues of other institutions. ‘This is the second time I’ve taken part in the workshop, because I believe the exchange of information between the persons responsible for research alumni work at universities and research centres is very important, particularly in the early stages of a new network’, explains Silke Rodenberg. ‘Also, it is always a good opportunity to talk to different people, such as colleagues at the Humboldt Foundation or the German Academic Exchange Service, about topics that are relevant for our research alumni work.’