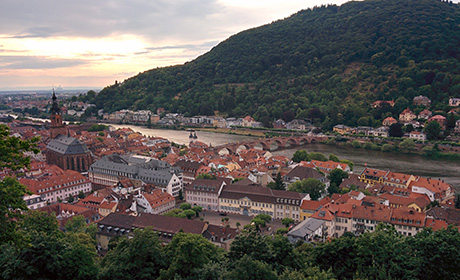 Starting in late 2014, the Research Alumni Network will be offering new HAIreconnect scholarships for researchers wanting to return to Heidelberg University. The scholarships allow former international visiting scientists to come back to Heidelberg for a brief research stay of five to ten days; after 2012, this marks the second time such an invitation is extended. To be eligible for a HAIreconnect scholarship, researchers must be members of Heidelberg Alumni International (HAI), contribute actively to the Research Alumni Network and be willing to act as an ambassador for Heidelberg University at home. The scholarships are made possible by renewed funding for the Research Alumni Network, which was established as a permanent fixture after the first project phase. In what looks to be the last funding round for the time being, the Alexander von Humboldt Foundation again provided a number of German universities with the means to invite Research Alumni back for a brief stay. Since the first round in 2011, in which Heidelberg University was among the first three winners, a total of 25 universities and research institutions have participated successfully in the programme.

If you are interested in a HAIreconnect scholarship, click here to find more information. HAI will assume part of the travel and accommodation expenses, and the HAI team will support scholars in planning and preparing for their stay. These short-term stays can also provide new stimuli for the host institutes at Heidelberg University.

In the first two funding rounds of the network, 27 Research Alumni from eleven countries used the scholarships to return to Heidelberg for individual projects. The programme aims at involving former visiting scholars more closely in the work of Heidelberg University: Following their stay in Heidelberg, these scholars represent and promote research in Heidelberg among their colleagues and students (Research Ambassador Programme).

The increased involvement of visiting scientists in the network both during and after their stay, and the recruiting of new international ambassadors for Heidelberg, will contribute to the future expansion of the Research Alumni Network. Since its launch in October 2012, the network has grown to approximately 300 active members. To date the network has organised three international meetings and a smaller event in Heidelberg. Moreover, six visiting scholars from Heidelberg were able to attend the 1st Research Alumni Conference of the Alexander von Humboldt Foundation in Berlin. The network meetings and the ambassador programme have already given rise to new cooperation schemes between Heidelberg University and international universities.

The network plans to continue recruiting Research Ambassadors with the help of the HAIreconnect programme. "We also want to work more closely with the host institutes and faculties and with other relevant departments such as the Welcome Centre and the Division of International Relations, as well as members of non-university research institutions", says HAI director Silke Rodenberg. HAI is planning two network events in Heidelberg, one in the summer term 2015 and one in the winter term 2015/16, to which participants of HAIreconnect will also be invited.