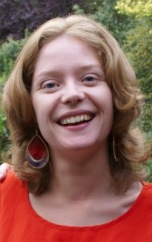 My name is Annemieke Drummen, currently replacement assistant professor of Ancient Greek literature at the department of Classics in Heidelberg. This summer semester, I teach the grammar course Griechische Stilübungen II (involving translating from German to Greek), the Klausurenkurs zu den Stilübungen, and a reading course on Euripides' Hippolytus.

I have been one of the PhD researchers in the Emmy-Noether project “Pragmatic functions and meanings of ancient Greek particles” at the University of Heidelberg (2010-2015). Within this project, I have worked on particle use in Aeschylus, Sophocles, Euripides, and Aristophanes. In general, I am passionate about communication in many different forms. I enjoy communicating in speaking and writing, and investigating how communication processes work, in particular the processes of language use.

In my research I have focused both on large-scale patterns of distribution, and on the analysis of individual particles in their contexts. It is my conviction that modern linguistic approaches, such as dialogic syntax, Conversation Analysis, and Construction Grammar, are very helpful for the investigation of particles. These frameworks tell us something about how communication works—and therefore also about the lively discourse situations of ancient Greek drama.

I have presented my work during this project in numerous presentations at conferences and workshops in Germany, the Netherlands, the UK, Italy, and Belgium. See the link below for a complete list. My PhD thesis, which I defended in July 2015, will be published as part of our joint monograph (see the homepage of our research group).

Back in the Netherlands, my home country, I was fortunate enough to play the role of Antigone in 2009. In the summer semester of 2012, I returned once more to the original text by teaching a reading course on Sophocles’ play at our department in Heidelberg.

Additionally, I have been an enthusiastic teacher at the Volkshochschule in Heidelberg since January 2014. I teach Dutch courses as well as acting courses in English (see here for more information).