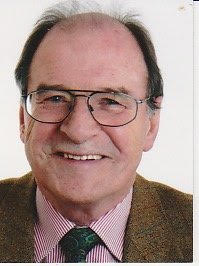 Hermann Kulke is a leading historian of early medieval India, who did pioneering research on Indian - Southeast Asian connections. He is Professor Emeritus of History at Kiel University. Kulke completed his PhD in Indology on the temple city of Chidambaram, India, from Freiburg University. His DLitt (Habilitation) from Heidelberg University was on Gajapati kingship and the Jagannath cult in Orissa. He began his career at Heidelberg at the Department of Political Science at the South Asia Institute in Heidelberg, and taught Indian history for 21 years at the Department of History at the institute. He was the founder member and coordinator of the now well-known Orissa Research Projects of the German Research Council. His books include A History of India (1986, with Dietmar Rothermund), Kings and Cults: State Formation and Legitimation in India and South East Asia (1993), The State in India 1000-1700 (ed. 1997), and History of Precolonial India: Issues and Debates (2019, ed. with B.P. Sahu et al). For his outstanding contribution to the history of early medieval Orissa, Professor Kulke was awarded the Padma Shri in 2010 (Government of India), Federal Cross of Merit in 2011 (Federal Republic of Germany), and Doctor of Literature, Honoris Causa in 2018, by Ravenshaw University, Cuttack, India.