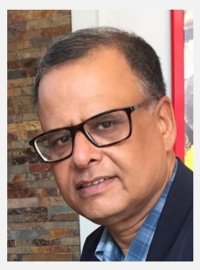 Kanungo is the author of RSS’s Tryst with Politics: From Hedgewar to Sudarshan (2002) and co-edited The Algebra of Warfare-Welfare: A Long View of India’s 2014 Election (Oxford, 2019), The Politics of Ethnicity in India, Nepal and China (Primus, 2014), Public Hinduisms (Sage, 2012) and Cultural Entrenchment of Hindutva: Local Mediations and Forms of Convergence (Routledge, 2011).

He will be staying at the Political Science Department at SAI for 11 months. In the upcoming winter semester, he will be teaching two courses: Trajectories of Indian Nationalism and Religion and Politics in India.