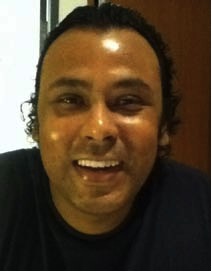 Himanshu Jha holds a PhD in Political Science (South Asian Studies) from National University of Singapore. He has an M. Phil in Public Policy from Australian National University, Masters in Political Science from Jawaharlal Nehru University and Bachelor with Honors in History from University of Delhi.   Jha's most recent research is to explore the processes of institutional change. His doctoral work examined the evolution of Right to Information Act in India as a case of institutional change. He wishes to strengthen and expand his research in the fields of institutions, institutional change, the Indian State and bureaucracy. He has previously taught courses on South Asian politics and economics at the National University of Singapore.  Prior to his doctoral and academic engagement, he was working in developmental sector in India, where he served as the national coordinator of a policy think tank called Social Watch.

Governance and Politics of Welfare

M.A Seminar on Politics and Governance in India

M.A Seminar on Governance and Politics of Welfare in South Asia

This seminar introduces the students to emerging governance architecture and politics of welfare in the South Asian countries.

B.A Seminar on Politics in India

This module introduces the students to different aspects of Indian Politics, such as, the state and society, the party system, Indian elections, politics of welfare (the rights based legislations), coalition politics, politics of caste, judicial activism, Indian Federalism and Globalization.

Teaching at the National University of Singapore (NUS),Singapore January 2012-June 2016

January 2016-June 2016 - Taught a B.A Honors module on SOCIAL, POLITICAL AND ECONOMIC CHANGE IN INDIA at the NUS .