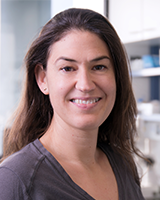 Heidelberg biologist Dr Annika Guse has been awarded an ERC Consolidator Grant for outstanding research talents, a highly endowed grant from the European Research Council (ERC). The funding is earmarked for a five-year project in molecular cell biology to investigate the symbiotic relationships between cnidarians such as corals and single-celled algae. The research, which is scheduled to begin in June 2017, will receive ERC funding totalling nearly 2.3 million euros. A portion of the funds will be used to purchase major research equipment. Annika Guse teaches and conducts research at the Centre for Organismal Studies at Heidelberg University.

In the ERC-funded project entitled “SYMCELLS – Resolving the molecular mechanisms of intracellular coral-algal symbiosis,” Dr Guse and her team will explore how single-celled algae are taken up as symbionts by their animal host cells. The researchers hope to discover how the cellular functions – such as the exchange of nutrients – of these two different cells are coordinated. According to Dr Guse, to this day it remains unclear how a single-celled algae can survive in an animal cell without being digested. "The phenomenon of functional symbiosis, in this case between algae and the host cell, creates the foundation for the biodiversity and productivity of coral reef ecosystems and is therefore extremely significant for humankind and the environment," explains the biologist. The scientists will be studying the symbiosis in the Aiptasia sea anemone, which will serve as a model system for corals. They will employ methods from cell biology, biochemistry, and microscopy for their investigations. The ERC funding will also be used to purchase a confocal laser scanning microscope for conducting research at the molecular level.

Annika Guse (b. 1976) studied biology with a focus on genetics, cell biology and botany at the Technical University of Braunschweig. In 2005 she earned her doctorate in molecular biology at the University of Vienna. Dr Guse conducted postdoctoral research in Braunschweig and subsequently at Stanford University (USA). She has been teaching and researching at Heidelberg University since 2013. She heads the "Molecular Basis of Coral Symbiosis" Emmy Noether junior research group at the Centre for Organismal Studies. The biologist is also a member of the CellNetworks Cluster of Excellence at Heidelberg University. Furthermore, she was accepted into a funding programme for excellent young researchers by the European Molecular Biology Organization (EMBO), making her a member of the EMBO Young Investigators network.

The ERC Consolidator Grant is given to promising young researchers whose own independent working group is in the consolidation phase. Scientific excellence is the main criterion.