Cluster of Excellence “Asia and Europe in a Global Context” 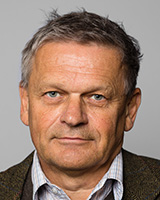 Indologist Prof. Dr. Axel Michaels, director of the Cluster of Excellence “Asia and Europe in a Global Context” and researcher at the South Asia Institute (SAI) of Heidelberg University, will receive the Lautenschläger Research Prize endowed with 250,000 euros. The honour is bestowed on an “internationally recognised research personality who is the embodiment of outstanding achievement in research,” explains Dr. h.c. Manfred Lautenschläger, the award's sponsor and honorary senator of Heidelberg University. In his work on the cultural and religious history of South Asia, Axel Michaels combines text studies and ethnographic research in a unique way, and thus established a new area of research known as “Ethno-Indology”. The award ceremony for the most highly endowed research prize from a private sponsor in Germany will be held on 4 December 2015.

The Lautenschläger Research Prize is awarded every two years for special accomplishments in leading-edge research. The distinction is intended to honour scientists from Heidelberg University as well as other national and international researchers with special ties to Ruperto Carola through scientific cooperation. Entrepreneur Manfred Lautenschläger established the award in 2001 to foster active researchers in the discovery process. An interdisciplinary board of internationally networked scientists selects the potential prize recipients, who can be nominated for the Lautenschläger Research Prize from any discipline.

Axel Michaels studied Indology, philosophy and law in Munich and Hamburg as well as at the Benares Hindu University in India. After earning his doctorate at the University of Hamburg, he held positions at the Hamburg Museum of Ethnology and the University of Münster. In 1980 he joined the staff at Kiel University, where the researcher completed his habilitation in 1991. In the interim he served as Director of the Nepal Research Centre in Kathmandu and was also a visiting fellow in Oxford (Great Britain). In 1992 he accepted a professorship at the University of Bern (Switzerland). Four years later he joined the faculty at Heidelberg University as professor of Classical Indology at the SAI, where he heads the Department of Cultural and Religious History of South Asia.

Prof. Michaels’ research is focused on the practice and history of Hinduism in India and the religions of Nepal, in particular rituals and festivals. His work also includes the study of sacred maps and religious geography of Benares as well as Hindu asceticism. The laws of ancient India and legal literature of pre-modern Nepal are other areas of interest. From 2002 to 2013, Prof. Michaels served as spokesperson for the “Ritual Dynamics” Collaborative Research Centre, which he was instrumental in founding. The researcher has been a member of the directorate of the Cluster of Excellence “Asia and Europe in a Global Context” since 2007, and is acting director of the Heidelberg Centre for Transcultural Studies (HCTS) founded at Ruperto Carola in 2013. He also directs the “Documents on the History of Religion and Law of Premodern Nepal” research unit of the Heidelberg Academy of Sciences and Humanities.

Note to news desks:
The Lautenschläger Research Prize of Heidelberg University will be awarded on Friday, 4 December 2015, in the Great Hall of the Old University. The ceremony will begin at 4pm. Members of the media are cordially invited. Please register by phone or email. A press release with details on the award ceremony will follow.