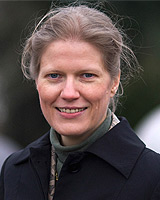 The Lautenschläger Research Prize 2009, endowed with € 250,000, has been awarded to astrophysicist Professor Dr. Eva Grebel of Heidelberg University. Dr. h.c. Manfred Lautenschläger, honorary senator of the University and donor of the Prize, refers to this year’s recipient as “an outstanding figure in the world of international research”. Professor Grebel’s main research interests focus on galaxy evolution and near-field cosmology. The Prize is Germany’s most generously endowed research award donated by a private individual. At the presentation ceremony on 19 December 2009 in Heidelberg, former Federal minister of research, Prof. Dr. Heinz Riesenhuber, will be holding the central speech on the subject of innovation in Germany.

The Lautenschläger Research Prize is awarded every two years in recognition of outstanding research achievements. The recipients are either scholars or scientists working at Heidelberg University itself or researchers from other countries with a distinctive and intensive record of academic collaboration with the University. Entrepreneur Manfred Lautenschläger first donated the Prize in 2001. It is designed to support outstanding recipients in the realisation of incipient or ongoing projects. The winners are selected by an international Awarding Committee made up of academics from various fields of research. Scientists and scholars from all disciplines are eligible for the Prize.

In the course of her research, Professor Grebel and her colleagues have discovered various faintly visible dwarf galaxies with very little mass. They are of major significance for the understanding of dark matter. At the same time, Professor Grebel counts as one of the most influential experts in the still youthful research field of galactic archaeology, which is devoted to the detailed cosmological reconstruction of galaxy evolution from the “remains” left by earlier star-formation epochs. Professor Grebel and her department are coordinating the German preparations for the Gaia mission. In 2012 the Gaia satellite of the European Space Agency will be embarking on a census of one thousand million stars in our Galaxy with a view to determining their distances and velocities.

The presentation ceremony will open with a speech by Prof. Dr. Bernhard Eitel, the Rector of Heidelberg University. Subsequently there will be addresses from Prof. Dr. Matthias Heintze and Professor Dr. Andreas Kulozik, the recipients of the Lautenschläger Research Prize in 2007. At the heart of the ceremony is a speech by former Federal research minister Prof. Dr. Heinz Riesenhuber, who will be talking on the subject of “Innovation as an Opportunity for Germany”. In the “Science Talk” section of the ceremony, ZEIT editor Jan-Martin Wiarda will address a number of questions to the prize winner and to Prof. Dr. Joachim Wambsganß, managing director of Heidelberg University’s Centre for Astronomy. Finally, the donor of the Prize will address the guests present at the ceremony.

Note for newsdesks
The presentation of Heidelberg University’s Lautenschläger Research Prize takes place at 11 a.m. on Saturday, 19 November 2009 in the Great Hall of the Old University (Grabengasse 1). You are cordially invited to attend and to report on the ceremony.