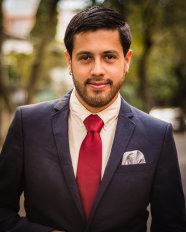 Emiliano Levario Saad graduated in Political Science and Public Administration (BA) with honorable mention from the National Autonomous University of Mexico. He later studied Public Policy (MA) at the Willy Brandt School of Public Policy at the University of Erfurt and his specializations were: 1) International Political Economy and 2) International Affairs, International Cooperation and Development. During this period, he did an internship at the German Federal Association for Sustainability in Berlin, where he became interested in the study of Climate Change.

Currently, Emiliano is a PhD candidate in Political Science under the supervision of Prof. Dr. Jale Tosun and works as a research assistant in the project "Interacting actors in polycentric climate governance".