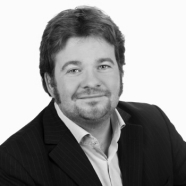 PD Dr. Felix Hörisch joined the Institute of Political Science, University of Heidelberg, in 2015. He finished his Habilitation “Fiscal and Labour Market Policy Reactions to the Financial Crisis” in 2017 and is now working as Associate Professor (Privatdozent) at the Institute of Political Science. In 2016 and 2017 he was also Interim Professor for Political Science (50%) at the Institute of Political Science.
Felix Hörisch completed his PhD on Codetermination at the University of Heidelberg in 2009. From 2009 to 2015 he was postdoctoral fellow and project director at the Mannheim Centre for European Social Research (MZES) at the University of Mannheim. At the MZES he led a project on “Partisan Differences, Varieties of Capitalism and the International Financial Crisis: Political Determinants of the Fiscal Political Crisis Reaction of the OECD Member States” funded by the Fritz-Thyssen-Foundation from 2011 to 2013. Furthermore, he was member of the CUPESSE-project (Cultural Pathways to Economic Self-Sufficiency and Entrepreneurship: Family Values and Youth Unemployment in Europe) funded under the European Union’s 7th Framework Programme led by Prof. Dr. Jale Tosun.
His research interests include comparative policy analysis, political economy, labour market, social, asylum and fiscal policies as well as political strategies and QCA methodology.
Furthermore, Felix Hörisch is Liason Professor at the Friedrich Ebert Foundation since 2011 and member of the Advisory Board of the COMPASSS QCA-network (COMPArative Methods for Systematic cross-caSe analySis).
A full CV (in German language) as well as further information about Felix Hörisch’s research, publications and teaching can be found here