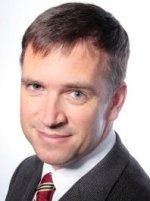 The block course integrates all three disciplines – political geography, political science and conflict resolution – and brings together students from the Center for Jewish Studies and Heidelberg University. The course is part of two ongoing initiatives that tie together all of the disciplines engaged in the environmental research at Heidelberg University – the first one combining a wide range of environmental perspectives including natural sciences, social sciences and cultural studies at the Heidelberg Center for the Environment and the second one relating to the cooperation between the Center for Jewish Studies and the Institute for Political Science.

We have merged these two transdisciplinary initiatives with our commitment to strengthen cooperation with our privileged cooperation partner, the Hebrew University of Jerusalem, and to further German-Israeli scientific exchange. The newly established collaboration between the two universities has just been initiated with a course on energy politics taught by Prof. Dr. Jale Tosun (Institute for Political Science, Heidelberg University) in the summer term of 2016 at the Hebrew University. In addition, the two universities are currently engaged in submitting a joint DFG proposal on the role of urgency in environmental planning as well as a proposal for the establishment of a Minerva Center for energy and sustainability.

The focus of the workshop lies on the role of water in contributing to and resolving regional conflicts, as exemplified by the case of Israel and the Arab countries. Exploring how water becomes a source of tension and how this friction is resolved requires an interdisciplinary perspective combining expertise from political geography, political science and conflict resolution.