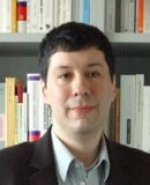 for these policies? Do voters attribute more blame to parties for unsuccessful policies that are the party’s ‘trade-mark’ policies than for failing or unpopular policies which voters would not have expected the party to pursue? This project –conducted in cooperation with Raanan Sulitz-eanu-Kenan, D.Phil. (Oxford), Assistant Professor at the Hebrew University, Jerusalem –will systematically investigate the relationship between voters’expectations about a policy-maker and the degree of public blame they attribute to that policy-maker for his failed or unpopular policies. This will be done by means of online survey experiments conducted in Germany and Israel –a research design that is still only rarely used in political science. The findings of this study are expected to improve our understanding of an often unavoidable tension between democratic accountability and the need of elected officials to adopt unpopular policies.