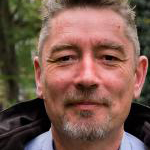 Civil – Military Relations in Comparative Perspective: The Nexus of Control and Effectiveness

While there is an abundant literature on civil-military relations in emerging and consolidated democracies, and – much less, though – on contemporary civil-military relations in autocracies, most of this literature is concerned with the institutionalization and workings (or failures) of civilian control over the armed forces. Far less often, scholars focus on issues of military effectiveness – that is, the military’s ability actually to implement the policies formulated, with the desired results. Among the few existing works on military effectiveness, most study a military’s battlefield effectiveness. However, a military’s capability to win an armed conflict is perhaps not a useful measure of its effectiveness. For one, the aims of contemporary military operations have changed from pursuing concrete objectives and victory to establishing certain conditions from which political outcomes can be decided. In addition, conventional war-fighting is only one of its many roles and missions, as most armed forces engage in contemporary politics as well. As we will elaborate below, for most of them – for instance supporting the police in fighting crime or assisting civilian authorities in coping with the humanitarian fallout of natural disasters – it is not possible to identify a “win” or to declare “victory”.

This project focuses on the question how patterns and practices of political control influence the effectiveness of armed forces in fulfilling a broad spectrum of roles and missions, from warfighting to peace support operations, and from counterterrorism and counterinsurgency to disaster and humanitarian assistance.