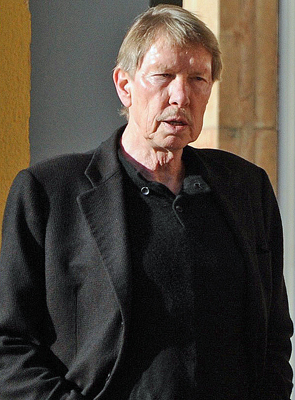 Peter Seeburg, 2011Peter H. Seeburg, a world leader in research on memory and learning, died in Heidelberg on 22 August 2016 at the age of 72. Peter managed to cross several frontiers in biology and opened many new avenues of research. Peter revolutionized fast DNA sequencing, one of the essential prerequisites for the human genome project. He isolated and characterized some of the most important peptide hormones, receptors and ligand-gated ion channels, and he provided the first genetic evidence defining which of these key mediators of cellular communication are critically involved in learning and memory.

In his early days as a postdoc at the University of California in San Francisco, Peter’s great passion was neuroendocrinology. His most important contribution from this part of his career was the cloning of the human growth hormone in 1979. This pioneering work in the cloning of pharmacologically important human proteins was fundamental for the founding of one of the first biotech companies, Genentech. In 1981, together with Joe Messing, Peter established the technology of using bacteriophage M13 for single stranded DNA sequencing. This was a major breakthrough for molecular biology research, and Peter used it extensively in his later research.

In the following years, Peter used his molecular tools, resources and technical skills to unravel the complexity of fast neurotransmission via inhibitory and fast excitatory ion channels in the human brain. Within a few years Peter and his team at the Center for Molecular Biology in Heidelberg (ZMBH) isolated all the subunits of inotropic excitatory and inhibitory receptors of the CNS and characterized them together with Bert Sakmann. He showed that the unexpected complexity of fast neurotransmission is due to multiple genetic factors that co-evolved with the complexity of the brain: many different receptor subunits, several subunit isoforms, pre-mRNA editing and receptor associated proteins.

Peter’s finding of pre-mRNA editing in higher organisms was unexpected – both for him and for the scientific community. But in his paper with Bernd Sommer in Cell, he provided convincing evidence that the single nucleoside difference between mRNA and the corresponding gene sequence of AMPA receptor subunits was not a sequencing artifact but was mediated by an enzyme that Peter was able to isolate in his subsequent experiments. More important still, Peter could show in gene targeted and transgenic mouse models that the epigenetic RNA editing of single nucleosides in the Gria2 pre-mRNA prevents juvenile mice from lethal seizures.

In the last 15–20 years, Peter and his research group, now at the Max Planck Institute for Medical Research in Heidelberg, dedicated themselves to research on learning and memory. They modified or deleted key molecules for synaptic transmission in specific cell types in the mouse brain and described the physiological consequences in very close collaboration with Bert Sakmann’s research group in Heidelberg and Per Andersen’s group in Oslo. Most of the subsequent behavioral analyses of mutant mice were performed by his close collaborators Nick Rawlins and David Bannerman at the University of Oxford. Their findings challenged major dogmas in neuroscience. Peter and his collaborators showed that GluA1 containing AMPA receptors were necessary for short-term spatial working memory but not for long-term spatial reference memory, and that hippocampal NMDA receptors were involved in decision making but not in the storage of spatial maps. Both findings provoked controversial discussions on the function of synaptic plasticity as measured by long-term potentiation of synaptic transmission in learning and memory, and they raised two key questions for neuroscience: whether working memory is necessary for the formation of long-term memory and whether the hippocampus is the storage region for spatial maps. Further studies are necessary to answer these questions. Tragically, Peter will no longer be able to participate as he would have wished. However, his work has already contributed crucially to a major shift in learning and memory research away from the detailed analysis of single synapses and towards the complex analysis of neuronal networks and the communication between different brain areas during learning.

The field of learning and memory research will miss him greatly.

The Department Molecular Neurobiology at the Max Planck Institute of Neurobiology closed down in September 2016 (http://www.mpimf-heidelberg.mpg.de)