Family in the university

The General Act on Equal Treatment protects against discrimination on the basis of gender identity or sexual orientation. The university, too, should be a place where every person can move, work or study freely and safely, regardless of their gender or sexual identity. The University’s commitment to diversity also encompasses the identification of discriminatory structures, language, and acts, the building up of knowledge sensitive to discrimination, and the creation of an environment of equal opportunity for all university members.

This topic page features information as well as support and networking opportunities on the topic of gender diversity at the University. 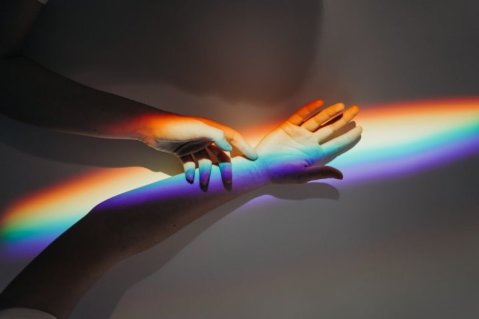 "photo by cottonbro on Pexels"

Events and offers — What is happening at the University?

Empowerment and networking — Where can I connect with others?

Book and audio recommendations — Where can I learn more?

Disclaimer: The terms presented here are often self-designations that are based on individual expression and understandings. Since gender identities are diverse and/or fluid, the following definitions serve as a general classification of terms without claiming to be exhaustive.

Since 1 January 2019, “divers” is the third legal gender category (next to “female” and “male”) mainly used by intersex and non-binary persons. It does not denote a separate gender but is used as an umbrella term for many different genders.

Self-designation for persons who do not identify completely and/or consistently with the gender assigned to them at birth. In the General Act on Equal Treatment (AGG), transgender is assigned to the characteristic of gender.

Intersex persons possess physically congenital sexual characteristics that cannot be clearly assigned to the medical norm "male" or "female" and therefore move within a spectrum.

Denotes the gender identity of persons who do not find themselves reflected in the binary gender model. Persons who identify as a-binary often position themselves in between, similar to non-binary, the positioning of gender thereby does not happen in one particular way.

Queer is a collective term for persons whose gender identity and/or sexual orientation does not conform to the heteronormative norms. Nowadays, the term carries positive connotations (again) and is therefore used very often.

LGBTIQ+ is a collective term for diverse gender and sexual identities. It combines the initial letters of the designations lesbian, gay, bisexual, transgender, intersex, and queer. The plus sign represents persons who do not find themselves reflected in any of the designations mentioned above.

This category includes persons whose gender identity corresponds with the gender assigned to them at birth based on sexual characteristics (cis men, cis women). The term was coined in the 90s by US activists who wanted to question the perception of "man" and "woman" as norms using an antonym to “trans.”

Events and Offers — What is happening at the University?

For internal affairs, the University can use the chosen name of a trans* person instead of their official first name without legal concerns. This includes all matters that remain within the University and are not intended to have any external effects, such as salutations in emails, enrolment or the keeping of university documents.

Use of the new first name in, for example, certificates that have external effects is not explicitly regulated but not inadmissible either.
Trans* students can submit an informal application if they wish to be registered with the new name and the other gender in the (general) database of the University in order to be addressed and contacted accordingly.
The application/letter should be supplemented with proof (e.g., supplemental ID card of the dgti, certificate from a doctor or psychologist), or the situation can described in a personal, confidential conversation.
The name change will be carried out immediately and the students are asked to present the official name change before completion of their studies, which results in the issuing of a certificate and other documents.
In case a legal name change (by court order) has not taken place by the end of their studies, the students should contact Student Administration.

Podcast talk "Antiqueere Ideologien" in the "Diversity Spotlights" series. With Hannah Engelmann, education expert and contract lecturer at the University of Hildesheim.

Empowerment and networking — Where can I connect with others?

Queer Unit at the University

Book and audio recommendations — Where can I learn more?