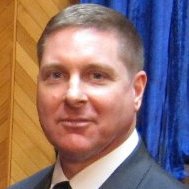 He then served as a military officer supporting the U.S. diplomatic corps in ten U.S. embassies across Central Asia, throughout the Arabian Peninsula, Turkey, South Africa, and South Sudan.  He graduated from the U.S. Defense Institute of Language Studies, and has a professional fluency in Turkish, and also graduated from the Turkish defense staff college, in Istanbul.

Henry earned a Master of Arts in Near East Studies from Princeton University, with a Thesis titled: The Turkish Military's Confrontation With the Refah-Yol Government June 1996-1997, The State, Religion, and Politics.

He was an Assistant Professor of Middle-East Studies at the U.S. Defense Institute of Security Assistance, and published several articles that have been adopted as curriculum at several U.S. defense univerities:

Middle Eastern Cultural Impacts on US Security Assistance
He was a recipient of the Joseph J. Malone Fellow in Arab and Islamic Studies.
http://www.ncusar.org/programs/malone.html

Henry is currently working as a U.S. defense official at the U.S. Defense center for military assistance to Africa, located in Stuttgart, where he has pioneered a renowned design for comprehensive developmental assistance to build security sector institutions.

Henry's Ph.D research under the direction of Dr. Harnisch is entitled: