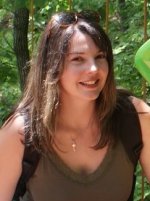 A bit more about me:

I joined the Research Centre for Environmental Economics in September 2019 to work as a post-doctoral fellow researcher on the Compliance project, which aims to improve the state of knowledge about systemic and country-specific factors of climate policy compliance.

My research so far has mainly been lying within the recent literature on motivated beliefs, which provides evidence that biases in self-beliefs are more often strategic rather than mistakes. I have particularly focused on whether being overconfident can lead to higher expected payoffs in strategic interactions (e.g. negotiations).

I am also interested in questions regarding the rehabilitation of long-term ostracized individuals and the effect of social exclusion on anti- and pro-social behaviors.

Where I come from:

What I’ve been working on:

Heterogeneity in honesty and compliance behavior (with Timo Goeschl)

Overconfidence as a strategy in leadership striving (with Changxia Ke, Lionel Page, and William von Hippel)