Frederick V and Elizabeth Stuart – the 400th Anniversary of a Wedding 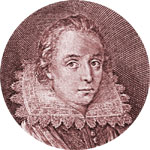 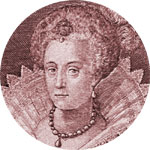 The wedding of Frederick V, Elector Palatine, and the English Princess Elizabeth Stuart was the focus of international attention in 1613. The "Marriage of Thames and Rhine", as contemporary authors called it, was presented as a media event of the first order. The celebrations in London and Heidelberg clearly demonstrated the elaborate court ceremonial culture of the 17th century through which princes identified and presented themselves.

The couple became the hope for the future of Protestantism, as their union was seen as a significant bridge in the building of powerful confessional alliances throughout Europe.  Alas, history took another direction when later, in 1619, Frederick accepted the Bohemian crown, and embarked on a path which helped trigger the Thirty Years' War.

However, almost hundred years later, the dynastic consequences of the union between the Palatinate and England decided the future course of the British monarchy. In 1714, the crown of the kingdom was given to the direct descendant of Elizabeth and Frederick: their grandson, George of Hannover, who inherited it in accordance with the Act of Settlement passed in 1701.

In 2103, the former Palatinate capital of Heidelberg will celebrate the 400th anniversary of the wedding in style. The History Department of Heidelberg University is holding a three-day conference on the theme of the 1613 wedding and, in cooperation with the University Library, is developing a corollary digital platform. Throughout the year, the German-British Society Rhine Neckar as well as the City of Heidelberg, will be holding cultural events.

All of these have been granted the patronage of Her Majesty Queen Elizabeth II.